Your email address
Your new password
Cancel

   
CU Boulder has conferred more than 8,500 degrees on Thursday during an abbreviated. In Spring 2019 the commencement ceremony took place at Folsom Field. The ceremony and remarks by commencement speaker Savannah Sellers, an alumna, and correspondent were cut short due to cold temperatures and snow. 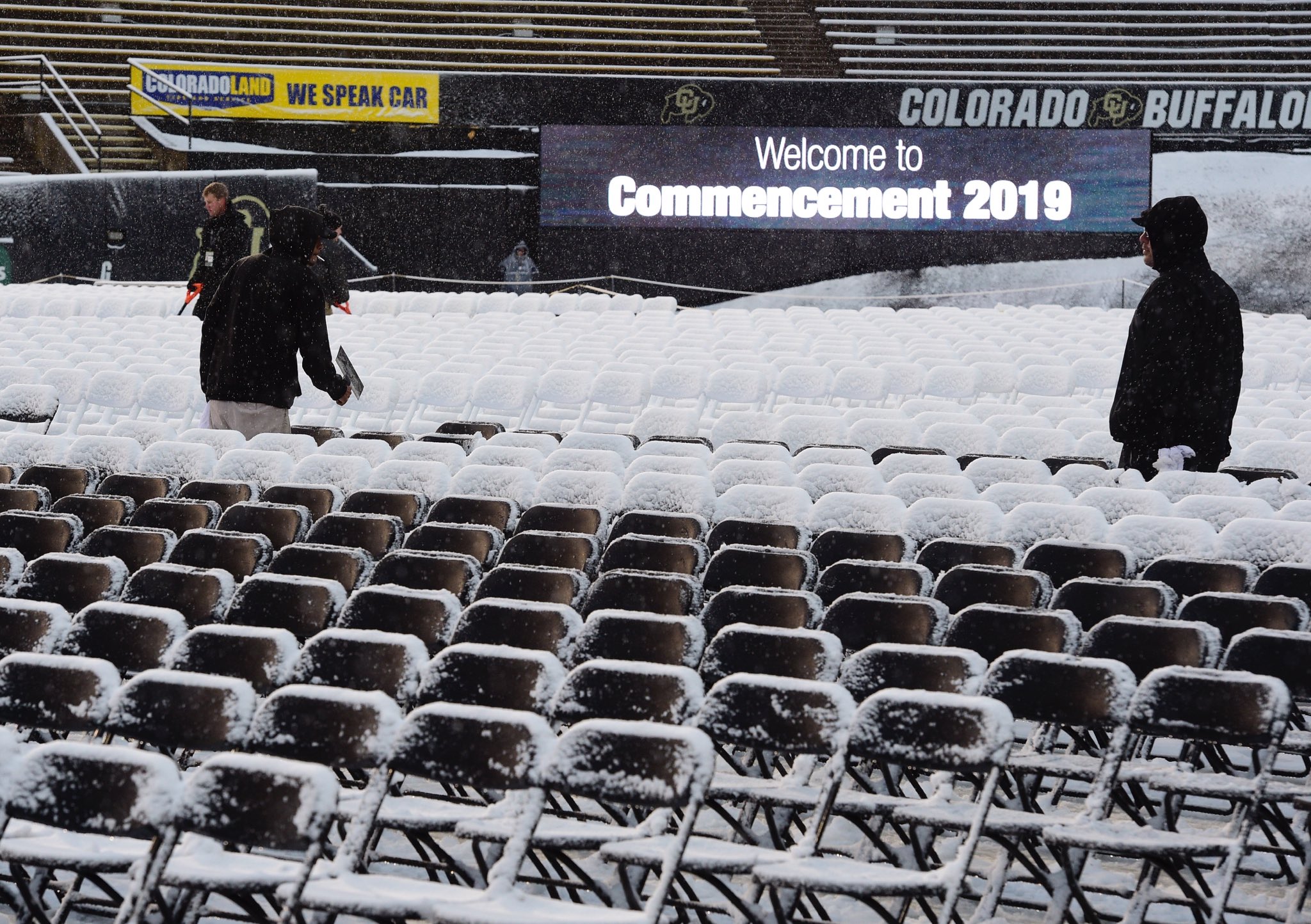 However, the Inclement weather didn’t dispirit graduates’ spirits, though. Some members of the class of 2019 arrived in ski goggles, snow boots and snuggly, animal-themed onesies. Meantime, improvised snowball fights punctuated the ceremony. An expected 20,000 people were in attendance.


CHANCELLOR PHILIP DISTEFANO HELD THE PODIUM TO ACKNOWLEDGE CU PRESIDENT BRUCE BENSON AND HIS WIFE MARCY BENSON. THEY BECAME THE PRESIDENT IN MARCH 2008. BEFORE RETIRING FROM THE UNIVERSITY ON JUNE 30, HE WAS IN ATTENDANCE FOR HIS FINAL CU BOULDER COMMENCEMENT. PHILIP DISTEFANO HELD THE PODIUM AFTER THE INTRODUCTION SPEECH FROM MARSHAL BUD COLEMAN.

Philip said, “The Bensons have subserved our university for years, in many functions, long before taking on this top leadership role, their generosity, fundraising, and leadership have led directly to success and opportunities for our students.” He also gave Benson with a gift to recognize his contributions to CU Boulder and the broader university system on behalf of the campus community.


Later, he introduced Sellers. Sellers spoke on the conferral of degrees and other laurels. If not the Youngest, Sellers, who is 27 is among the University’s youngest commencement speakers. While directly addressing the class of 2019, she offered tips for achieving their goals with overcoming adversity. 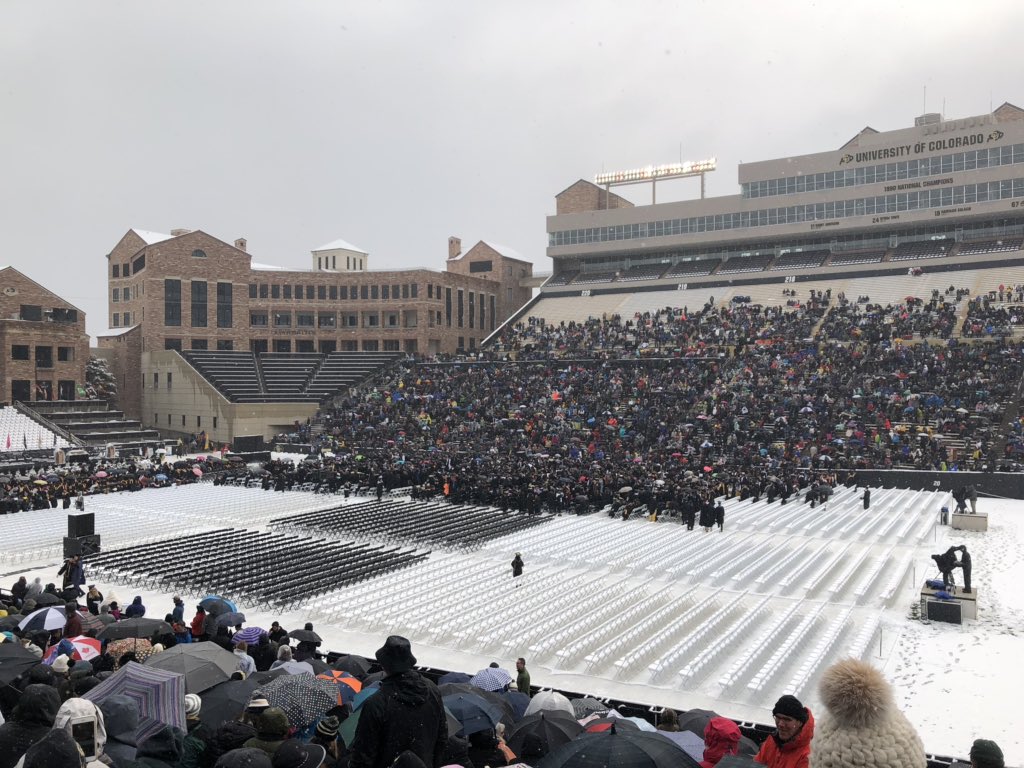 Sellers addressed the class of 2019 directly, offering tips for achieving their goals and overcoming adversity. Sellers spoke “If you’re dreaming big enough, chasing your dream is going to be hard. It means your journey is going to have a lot of missteps and dead ends, Success depends on how well you cope with what’s hard.”